A lasting musical memory can also be added to any event through the playing of the Great Highland Bagpipe.  I am available to play for the Corporate and Event Industry, at Company or Organisation Dinners, for Scottish Celebrations, for Product Launches, at Hotels, for Recitals and for T.V. and Film work.

Recently I played at the pre-Rugby World Cup Tests at Murrayfield, at the Radisson Hotel in Glasgow welcoming guests to a Charity Dinner and then piping them into the dinner and at a Conference at the SECC, the Scottish Exhibition and Conference Cent 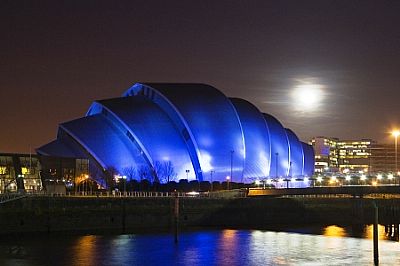 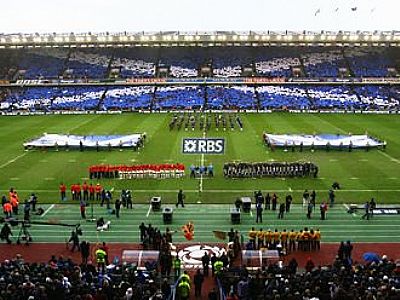 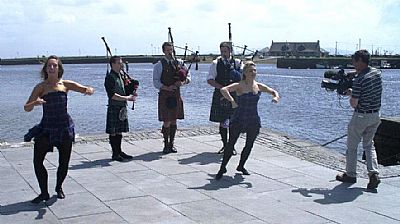 In the summer of 2011 and 2012 I was invited to play at the Galway Sessions Festival of Music which took place all over Galway City and included some of the best, world-renowned artists. Here I can be seen with the other pipers providing the music for the Highland Dancers whilst being filmed for Irish Television.

Angus Binnie and myself, one of the other pipers 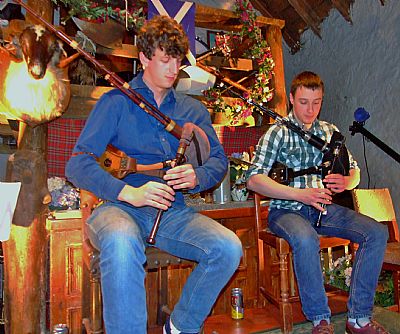 In July, 2011 it was off to Orkney where the Tall Ships were welcomed for "Cruise in Company Orkney". Along with Keyboard Player Sam Pake and Fiddler, Mairi Gilfedder I formed the Traditional Music Group, Rian, to provide music on the ships as they sailed off the coast of Orkney.

I am also available for playing the Great Highland Bagpipe at Recitals, Concerts or "Bag Rock"!  Below, on the left, I am pictured in concert with Robert Watt, World Champion Piper, at the Spa Pavilion, on the right at a Piping Recital at Foulis Castle and in the centre appearing with the "Bag Rock" originators, The Red Hot Chilli Pipers. 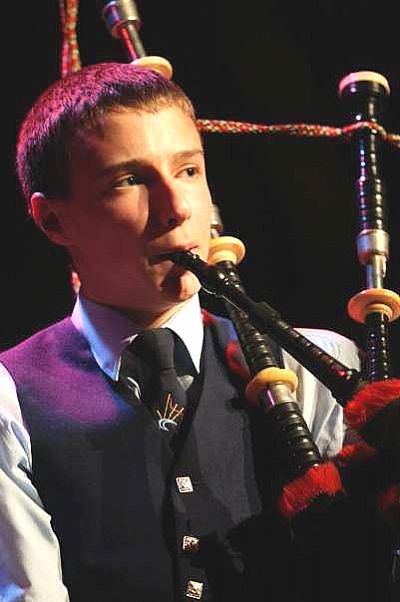 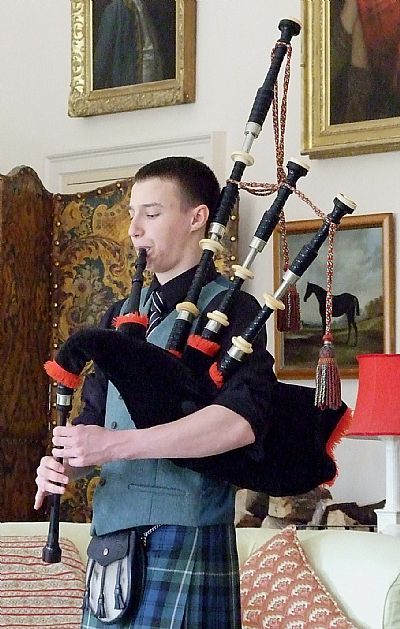 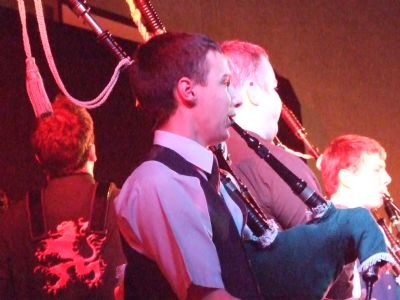 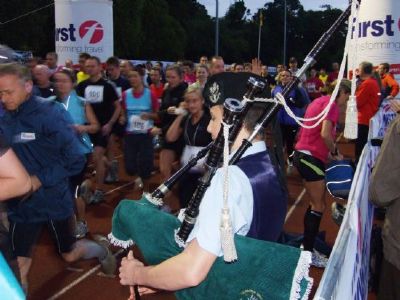 Also available to play at celebrations and events I am here talking to Princess Anne, the Princess Royal, and playing at he start of the Baxters Loch Ness Marathon.

I would be pleased to discuss with you how he can contribute to events or celebrations by playing Great Highland Bagpipe and which particular tunes you would like to be played at the event or celebration.

I am based in Glasgow and the Highlands but is able to travel throughout Scotland.

SOUND          VIDEO
Please use Contact Me & Feedback  &&F above for booking information and your personalised quotation. 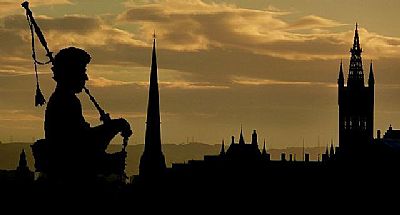